Dear Hall House Board Members,
I am very much looking forward to reuniting with the Hall House Board and would like to extend this invitation to attend the meeting to be held on Thursday May 26th at  7:00 at 20108 Saint Francis St., Livonia, MI 48152.

This will be an important meeting filled with many updates about our programs and fund raising efforts.

Hall House Resource Center of Detroit wishes to thank the gentlemen of the Ann Arbor Elks Lodge (at 220 Sunset Road), Buster Lagosie & Dj OrNate for “providing the bangers in support of (our) cause”.   Thanks to local support, Hall House Resource Center raised the funds necessary for continuing the hit program “Believe in Your Dreams” for Detroit’s Foster Youth.  Supalove!! 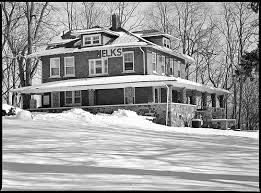 (Laura) Jane Addams (September 6, 1860-May 21, 1935) won worldwide recognition in the first third of the twentieth century as a pioneer social worker in America, as a feminist, and as an internationalist.  A Nobel Prize Winner for her peaceful social activism, Ms. Addams, together with community leaders,  transformed the poorest neighborhoods of Chicago into thriving beds of creative and progressive community living.

Hull House, Chicago’s first social settlement, was not only the private home of Jane Addams and other Hull House residents, but also a place where immigrants of diverse communities gathered to learn, to eat, to debate, and to acquire the tools necessary to put down roots in their new country.   During the 1920s, African-Americans and Mexicans began to put down roots in the neighborhood and joined the clubs and activities at Hull House. Jane Addams and the Hull-House residents provided kindergarten and day care facilities for the children of working mothers; an employment bureau; an art gallery; libraries; English and citizenship classes; and theater, music and art classes.

Hall House, founded by social reformers Jacqueline McGruder, Stephanie A. Day and the late William Hall, was not named after Jane Addams, but rather the Hall family, including William’s late mother, Carolyn Hall, whose strength and vision affected significant positive change in the city of Detroit.  Co-founder Stephanie A. Day lists Jane Addams, the first American woman to win the Nobel Prize for Peace, among her personal heroes, and herself made a pilgrimage to the original Hull House in Chicago and to the Hull House Museum with friend and fellow activist Elizabeth Bertoni in the spring of 2006.  Says Ms. Day, “Jane Addams is the inspiration for my life’s work.  She is why I continue to believe.”

“Our doubts are traitors and make us lose the good we often might win, by fearing to attempt.”–Jane Addams

A special thanks to Lisa Waud of Pot and Box Container Gardening Services for graciously donating her glamorous studio for Hall House’s latest celebratory fundraiser.  To book your event at Pot and Box, contact Lisa Waud through her website at http://www.potandbox.com/contact.html.  Stephanie Day, co-founder and Volunteer Coordinator of Hall House Resource Center of Detroit extends her gratitude to all those who joined efforts in raising much-needed funds for her longstanding and popular core curriculum program: “Believe in Your Dreams.” The course, which has enjoyed open enrollment status for several years, teaches students how to get rid of what she calls “Core Negative Beliefs” in order to pave the way for becoming a person who envisions, shapes and executes his or her plans for a brighter future.  “If you can see it, you can be it,” says Ms. Day.  A special thanks to the radically talented Jah Sunny for spinning records and setting the stage for the garden concert, Elizabeth Bertoni for her original pieces for solo voice, and our favorite Detroit band The Adrays for rocking the house well past the witching hour! One guest reported: “I bought these shoes new… I think I danced the soles right through…” Is there a song in that, Elizabeth?

As promised, we are keeping the I.O.U. Donations open for the rest of the month.  Tax receipts can still be issued for those who wish to contribute.  Contact Stephanie at 734-751-5363 or email us at: hallhousedetroit@gmail.com

(Image of Believe Wristband taken from: http://www.ingridrhinehart.net Please visit site for worthy fundraising efforts in the fight against cancer.)

Our motto is: “Anything as long as it’s positive.”–William Hall

Add to your resume! Now’s the time to network in Metro Detroit!